As a gymnosperm, Ginkgo biloba does not produce true flowers although they are loosely referred to as such. It is dioecious, meaning some trees produce only male pollen cones (on left) with the seed bearing structures produced on separate trees. Occasionally both genders are found on the same tree. Male pollen cones are catkin-like, green and inconspicuous. 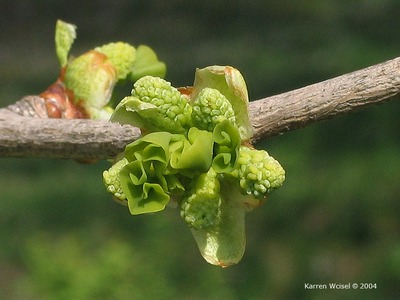